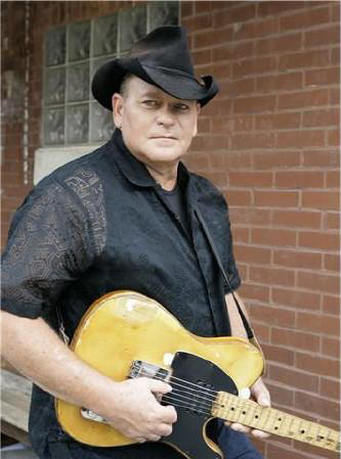 “There’s an ocean filled with tears,
It’s been building down through the years
And on this sea of broken hearts
Where there are no rules
I’m the captain of a ship of fools…”

The soundtrack to Big Bob Young’s life plays out like a well-lived song on a well-kicked corner jukebox. As revealed in his liner notes, the journey comes complete with lowlights and high times, and they all tell, in honest and open terms, a guy steadily and purposefully on track. With career stints as a mechanic, bandleader, telegram singer and clown, along with a 23 year service record of Air Force, Army and National Guard, which includes a tour of Iraq, this twice divorced father of four has finally made his way to the recording studio.

Hard Way To Make A Dollar is a 10-track joyous debut of fulfilled ambition. It’s where determination and talent meet at the fork. Produced by Jeff ”Stick” Davis, Carlton Moody and Michael Webb – all respected for their many and varied musical indulgences – the album with Young’s self-penned offerings is, well, simply, a keeper.

There’s the voice. It’s lived-in. It’s not unlike, on some tunes, Lee Hazlewood. There’s a soft growl. There’s a biting grit. There is a melody, a vocal richness, something not taught at music school, rather lived out in the streets, the bars, and lived out in situations and circumstances of the examined life.

Big Bob (Robert L. Young on his birth certificate) has a voice made for the ache, pain and passion of his music. And when that phase is complete, there’s the thighslappin’ ode to good times “Green County Stomp,” showing laughter and fun as a needed backdrop to tears. More of the same plays out on the band-bounced “Best Of A Bad Situation”. In a liner revelation Big Bob shares: “Having played clubs for several years, slipping home at night was a common occurrence. I never found a note pinned to my guitar. But I have been married three times.”

On a goodly mixed album of country, blues and Americana, the big guy delivers his best work on the ballads.

When Big Bob unloads the emotion, the feared concerns, the deep rooted longing of a father, “Somewhere Tonight” takes on universal understandings.

“Somewhere tonight a good girl made a bad choice
Now she feels dirty inside
She believed that boy when he said he loved her
Now she knows he lied
Broken hearted, decides to take her own life
Feelin’ there’s no other way
But somewhere tonight
A daddy thinks about his little girl
And with his face in his hands begins to pray…”

Other standout cuts include the evocative “Mississippi Nights,” and the timeless need for love – no matter how long it lasts – “I Call It Love”.
​
On an album made memorable with thoughtful lyrics and a strong, emotive and tough voice, let’s not forget the band. The all star line-up boasts Jeff ”Stick"  Davis on bass; Michael Webb on piano, organ and accordion; Rick Lonow on drums; Carlton Moody on acoustic guitar and mandolin,  and Colin Linden on electric guitar, slide and Dobro, with Dennis Taylor on saxophone and Rusty Russell on trumpet.
The album is available on A Man Around the House Records.