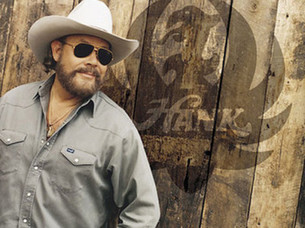 From the first chord to the last note, I'm One Of You is solid affirmation that one of the most rebel rousing artists to ever hit Nashville has come of age and delightfully matured. Hank Williams Jr. has, unquestionably, found his own voice and is not content to just claim a place in country music history as the heir to a legend ... instead, he has carved his own unique musical niche', and one-of-a-kind celebrity, into the country music history books.

As beneficiary of a family tradition that was often nurtured on controversy, his early years were tabloid fodder while he struggled to live up to the legend of his famous, often capricious, father. The days of being better known for his raucous escapades than for his music have finally passed. This album guarantees it. You will find no rowdy friends or kids in the mix on this CD. The only voice you will hear singing along, will be your own; guaranteed.

There's one other thing that I found interesting about this album. It's actually pretty amazing how much you can glean from a photo. All of the photos on the liner notes are really nice but there is much more there than just nice reflecting from these images. Look closely. Especially at the back cover. Or the inside of the front cover. When is the last time you saw a smile that conveys that much? This is a smile that radiates confidence and contentment. "They" say a picture is worth a thousand words so you get a mega bonus here. I'm One Of You has some of the best music I've ever heard to compliment the wonderful photos.

There are eleven songs on this album and half of them are just downright, solid, foot stompin', lift your spirits fun. All of them are really good. It appears that all that rollicking, hell raisin', sass talkin' that Williams Jr. has been doing all this time was no more than drawn out puberty. This album demonstrates that he is telling us the truth when he says, "I'm One Of You." Baby boomers, preppies, yuppies, hippies ... yep, turns out that behind those sunglasses, he is one of you -- and all of you. And he's singing your life. Now, how cool is that?