​Keith Urban In The Ranch - Re-release 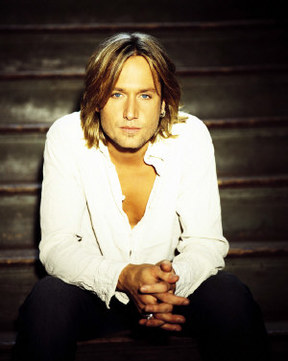 Much to the delight of the fans who first discovered Keith Urban while he was still a member of the Australian band known as The Ranch, Capitol Records Nashville is re-releasing their 1997 album, Keith Urban In The Ranch. The CD contains the original twelve tracks plus two, previously unreleased, bonus tracks aptly called "encore."

Often when a label releases a pre-fame album of an artist, it isn't because the album was great, or in some cases, even good. But that is clearly NOT the case here. Why this particular album failed to be embraced by radio will remain forever a mystery. And for all those Urban fans who have been paying out some big bucks to purchase this album online from an Australian source, thanks to the wisdom of Capitol Nashville, you can now afford to buy CDs for all of your friends.

After listening to the album it will not surprise you to learn that Urban and The Ranch had four consecutive number one country music hits in their native Australia before ever coming to Nashville. No doubt Urban was a major contributing factor towards their success and he hasn't done badly since taking off on his own either. This critically acclaimed entertainer has proven time and time again that the recognition he garners from the AMA, ACA, CMA and Grammy Awards is well deserved. He has two platinum albums and three number one hits already to his credit and this trend is sure to continue. In addition to his incredible singing and songwriting talents, he has become recognized for his respected and renowned skills as a picker. The only thing faster than his fingers on a banjo or guitar is the speed that he climbs the charts now that he has been embraced by American country music fans.

Although the musicianship is impressive on every song, "Clutterbilly" - the only completely instrumental song on this album - is brilliantly played and is capable of surpassing the fame of the well known "Dueling Banjo's" to become the greatest banjo rendition of all time.

Urban is best known for his rockin' country, but this album really has something for everyone. It's mostly up-tempo but not over the top in lilt and lyrics, and impressive in every facet throughout.

The multi-talented Urban is clearly right at home on The Ranch and as for the genre designation, I believe there is only one genre title for this album and this artist ... brilliant.
​
Walkin' The Country
Homespun Love
Just Some Love
Some Days You Gotta Dance
My Last Name
Desiree
Freedoms
Finally Mine
Hank Dont Fail Me Now Tangled Up In Love
Clutterbilly
Man Of The House
Ghost In The Guitar