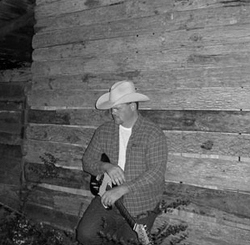 
Steven Neil Wilson says about his debut album, "What I wanted was to create an album that I would want to listen to, and get it heard by someone other than my wife and my dogs." If that is all he was aiming for, he can relax because he has already succeeded and after listening to the album all the way through, I'm certain that a lot of folks are going to want to listen to this album.

Wilson's bio states that he has worked hard to find his own distinct voice. Well, another success already. His singing voice is distinct. It is also unique and likeable and so is his songwriting, which is probably the voice that he was referring to. He wrote nine of the ten songs on Bat Out Of Carolina, his debut album, and all of them are lyrically sound and rendered with feeling. Chalk up another success for Wilson ... this one's a keeper.