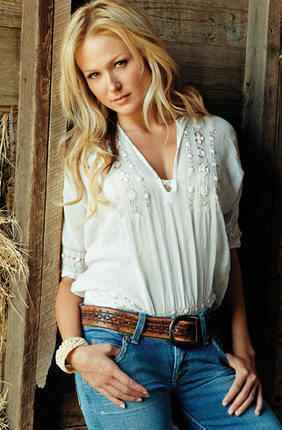 Some people I have run into seem to know Jewel’s history while quite a few others do not have a clue. I will admit that I was one of the clueless ones, and had no idea what kind of struggles she had been through in her lifetime until recently, when I began listening to her newest album. I find it very interesting, though, and easier to respect her for who she is today.

When Jewel was 15 years old, she moved out on her own. By that time, though, she had already been through a lot, including her parents’ divorce and living the first several years of her life with no plumbing or heat. When Jewel moved into her own place, she lived in a one room cabin, worked several jobs and had to ride a horse 12 miles to her aunt’s house and then hitchhike the rest of the way to work every day.

Around this same time, Jewel decided she wanted to go to college. She applied at a fine arts school in Michigan, was accepted and received a partial scholarship. To pay the rest of her tuition, she did her first solo show (she was used to performing in a duet with her father) at the local high school and earned $11,000 that night, which was raised by her hometown, Homer, Alaska.

When spring break rolled around, everyone went back home except Jewel, who couldn’t afford such a trip. She did gigs from Michigan to California, even wound up in Mexico for a while before she had to hop on a train once again to get back for classes. While she was touring, she wrote a song. This song, which she wrote about the people and places she came across during this time, became a well known tune quite a few years ago. The song is called “Who Will Save Your Soul.”

Since she was 16 years old and quite mature for her age, Jewel has been creating songs that would help her with her first country album. She wrote or co-wrote every song on Perfectly Clear, which she recently released. The first song on the album, “Stronger Woman,” has been all over the radio for weeks. It’s a great theme song for her, and that’s even more evident to me now that I know what she has been through in life. “I Do,” has a very catchy melody and incredible motivational lyrics.

“Loved By You” starts out showing the range in Jewel’s voice. She did mention that her father taught her to be unique, and this certainly has a unique Jewel sound to it. Some other cuts from this album that stand out are “Thump, Thump” and “Perfectly Clear,” which caught my attention and drew me in right away because of the piano.

“Rosey and Mick,” along with “Two Become One” are two more mid tempo songs on the album, also very catchy.

I think Jewel did a great job on her initial country CD, which she co-produced with fellow Nashville Star judge, John Rich. Her unique sound carries over into this album just like the others, but these songs are certainly interesting enough to catch more than just my attention.