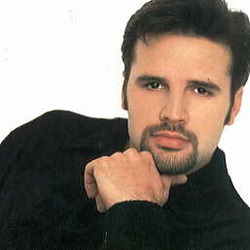 Mark Wills says, "On this album I have a chance to show the other side of my personality. The side that rocks! Familiar Stranger is by far the most well-rounded portrait of me ever as an artist." He says he took his time to select music that would reflect who he is [as an artist] and where he is going. Well, kudos to Mr. Wills for his brilliant choices.

The album kicks off with the high energy, contagious, foot stompin’, “Days of Thunder” and mid way through the album Wills rocks out on another of several notable songs; “Panama City.” Actually, there are plenty of up-tempo cuts included on the album and every one of them has a unique property that sets them apart from the others, however, I think “Crazy White Boy” was the one that inspired me to kick my chair away from the computer and break out my air guitar.

Selecting a favorite slow track was easy. Although I really liked “Entertaining Angels” (“I took a drink and / spilled all my troubles”), “The Likes of You” is delivered with so much sincerity that you can almost feel a little smile or two a couple of times and you even hear a little chuckle at one point. This particular cut is so full of heartfelt emotion that it simply permeates the room with warmth. This song is destined to be played at a trillion or so wedding and anniversary celebrations over the coming years.

Speaking of ballads, I would definitely be amiss if I didn’t mention the final cut. It has an unlikely title for a remarkably romantic song, but it definitely is; in fact, it is one of the most beautiful ballads I have ever heard. “All the Crap I Do” will, no doubt, become the anthem for romantic partners around the world and find them all nodding in agreement as they listen to the readily identifiable, true to life, lyrics.

This album reflects a happy marriage between traditional country and bona fide rock and, by the end of the last song, it is clear that Daryl Mark Williams is the Familiar Stranger Mark Wills brings to this project. The album is a compilation of all the musical facets that Wills has been harboring and nurturing since he first aspired to be a singer. Anyone who has ever seen him in concert, or spoke with him for more than a few minutes about music, knows that inside this wonderful, humble, delightful, good ol’ boy, country singer, dwells a soul that could rock the socks off Metallica if he had the urge to do so. This project brilliantly blends his two music personas with flawless panache but, luckily for all the die-hard country fans, Wills is successful in remaining true to his country heart while he delivers music with a refreshing and energetic edge that guarantees that music lovers of every genre will remain thoroughly entertained from first cut to last.

Mark Wills debut album for Tenacity Records, Familiar Stranger, is scheduled to be released at the end of October. The first single, "The Things We Forget," should hit radio airwaves about mid September.