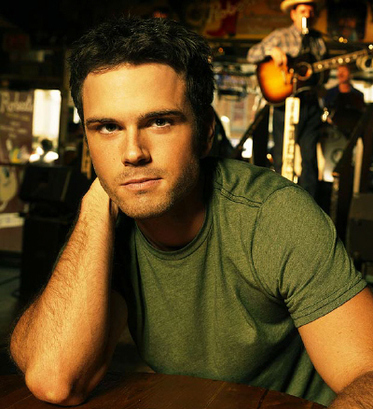 When Chuck Wicks was just two classes short of a college degree,  a friend told  him that if he wanted to succeed in the country music business, he better move  to Nashville. Wicks took the advice, dropped out of school and made the move.  For the first four years, he found himself writing songs by day and parking cars  at night, using this time to “find” himself. Around his fifth year in Nashville,  Wicks took his guitar to RCA, performed the songs he co-wrote with some other  talented songwriters and finally earned a record deal.

Wicks’ debut album includes everything  from slow ballads about harsh break-ups to “Stealing Cinderella,”  the strong  first single about asking for a daughter’s hand in marriage. Wicks co-wrote 10  of the 11 songs on the CD, which is full of tracks that explain the last 28  years of his life. In an interview with Cindy Watts, a staff writer with The  Tennessean, Wicks said “Through this record I literally am exposing myself and  who I am, what I believe in, what I've been through, things that make me smile  and laugh and cry.”

The album opens with “All I Ever Wanted” and “Good Time Comin’ On,” two well-written love songs. “All I Ever Wanted” is more about potential love while “Good Time Comin’ On” finds a couple falling in love on a summer car ride. “If We Loved,” the only song on the album that Wicks did not co-write, is optimistic and desirable. The one that  follows, “When You’re Single,” points out the positive aspects of being single,  but then admits “When you’re single you’d trade it all to fall in love  again.”

The passion in Wicks’ voice is strong  in “What If You Stay,” about the difficult times after breaking up. “She’s Gonna  Hurt Somebody” picks up the pace again just before “Mine All Mine” finds a man  taking advantage of the little time he is able to spend with his girlfriend. “Now that I got you here / All to myself / Baby, I ain't sharing you with no one  else / You've been everybody else's all week long / But tonight you're mine, all  mine.”

The album’s title track, “Starting  Now,” starts with a little dialog but quickly picks up a great tune and story  line.

​Maybe I should take a bus ride/Maybe I should put this car in drive/And go find the love that we both used to know/Maybe I can find the one way/Maybe you’ll forgive me someday/No red lights stopping me/Nothing gonna slow me down/Starting now.

The fun-loving “All I Ever Wanted” and  another emotive tune about a harsh break up, “The Easy Part,” are both  possibilities for the album’s second single. Wicks also believes that “Man of  the House” would be a great single, but it will have to come later. This tune  wraps up the album, describing the rapid maturity found in a 10-year-old boy who  takes his father’s place at home while he awaits dad’s return from the war.

Since his voice is not particularly distinct, Wicks included a few inimitable vocal and instrumental sounds  throughout this album that help him stand out from other artists. Despite the  fact that his career did not take off right away, his first single is now  sitting at number 13 on the charts and he has recently made his way to the big  stage, currently opening for Brad Paisley’s Bonfires and Amplifiers Tour. If he  continues to write and perform songs like these, he’s sure to gain more interest  from fans. Starting now…