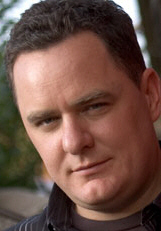 “Do More. Give More. Be More”
–liner note from the album.

When we last visited the crooning Coca Cola exec several years back, Honaman had just released his debut, Saturday In The South, a CSO praised affair of pop country. That album arrived with a plan and a mission. Honaman’s charitable wish was to share some of the royalties with underprivileged kids. The good-hearted benefactor was using his music with a clear and keen purpose – that being, to help others.

Now, with his latest offering the religious flavoredLet Go & Let God, the author, public speaker and singer embraces the “faith without works” biblical mantra by penning all ten tracks. Produced by John Carrozza, the album is uplifting and hopeful, giving those who live their faith music on which to channel their beliefs.

Reading Honaman’s web site bio, you cannot help but be inspired by this Atlanta resident, who is keenly driven by passion, faith and focus. It all comes out on this self-funded release.

Tracks like “Never Gonna”, the title cut and “God’s Plan” all pay heed to the scriptural direction of making a joyous noise unto the Lord.

If you want to do more, give more and be more, this could be a good place to start.

The album is out now.