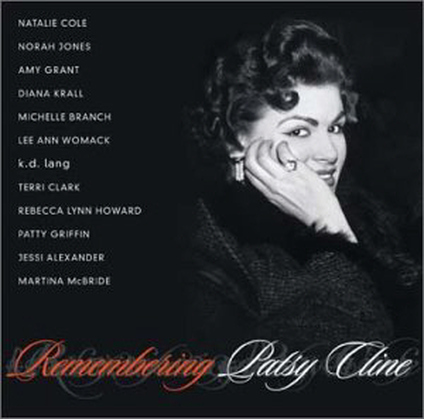 I just finished listening to Remembering Patsy Cline and I'm in shock. I didn't think it was possible to ruin the outstanding songs that Cline recorded. I was wrong. Very, very wrong. The artists on this album should issue a public apology to Willie Nelson, Harlan Howard, Hank Cochran, Mel Tillis and all of the other great songwriters who wrote these tunes. I understand that the artists were not trying to sound like the great Ms. Cline but good grief, they are singing some of the finest songs ever written so you would think that they could muster up some of her passion for the music. The only person who even came close was Jessi Alexander with her version of "So Wrong." After hearing the other artists renditions I found it difficult to believe they ever even heard Cline sing and it appears that they all struggled while "remembering."

The first song on the album is the classic, "I Fall To Pieces" sung by Natalie Cole. It was so bad that I suffered through only the first chorus before I had to fast forward to the next song which was Norah Jones rendition of "Why Can't He Be You." It was dreadful. Jones successfully managed to totally ruin one of my all time favorite songs so I quickly fast forwarded to the next song; "Back In Baby's Arms" by Amy Grant. I give Grant some credit because at least the song was somewhat recognizable but the album went rapidly downhill after that. When I got to "Strange" by Michelle Branch it was so bad that I had to stop listening for a while.

The other singers; Terri Clark, Lee Ann Womack, Martina McBride, kd lang; all distinguished artists that I've come to expect great music from. "She's Got You," "Leavin' On Your Mind," "Walkin' After Midnight, and "Sweet Dreams" are among the most splendid songs ever written. I was ready to love this album. I was sure I was going to hear some remarkable renditions of true country classics. I didn't. The album was a major disappointment.

On a scale of one to ten this one isn't even a blip on the radar! What were they thinking?!?!?!?! At least they had the good sense not to call it a tribute to Pasty -- because is ISN'T. Save your money.