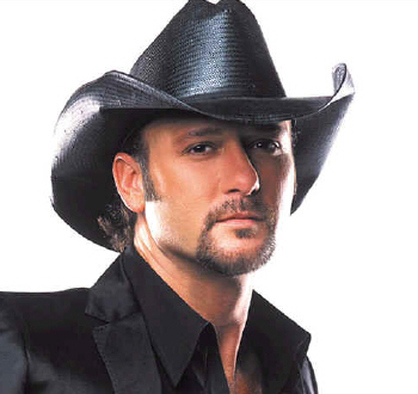 Album Review by: Cheryl Harvey Hill, Staff Journalist
​
According to his most recent press release, "Live Like You Were Dying," the title track of Tim McGraw's new album, has become the fastest rising chart single of his career. No surprise here. Not to downplay his vocal talents but McGraw could probably get on the charts just on his sex appeal alone ... everything else is just icing on the cake. Having said that, if this album were a cake, you will want to have more than one piece and this one is a gourmet treat.

Staying true to himself and to his remarkable band the Dancehall Doctors, McGraw returned to the same recording studio in upstate New York where he recorded his previous album. "We'd play until 5 in the morning. It was like being 16 and putting a garage band together and playing in your garage all night, except we had great equipment and great players" he says, and it shows. The end result is sixteen views of life and love set to satisfying, gratifying, mesmerizing music.
​
I love the title cut. It is a philosophy we should all subscribe to and although McGraw denies that the songs on this album are actually reflective of where he is in his own life, he easily delivers them with an amazing depth of feeling. Despite the title, McGraw says, "When I heard the song, it didn't ring to be about death to me. It's more an affirmation of life, more than anything." I agree. Great song.

This is the Tim McGraw I got hooked on in the 90's. The energy, the emotion, the music and on this album he delivers a definitive collection of excellent story songs. I loved them all and with sixteen to choose from I had a tough time selecting a favorite and ended up with more than a couple.

"Back When" is a cleverly worded, two-steppin', nostalgia trip to simpler times while "Old Town New" is a more wistful trip down memory lane. There were several songs that certainly forced you to listen carefully; "Kill Myself" was one of those. After my second listen, I decided it was metaphorical death as a result of growth, or at least, I think it is. Each listener can decide for themselves. There is way too much in this song to absorb in just a couple of spins.

The whole album will make you think about a lot of things. It will make you remember too. Old times, old ways and the days when the music was always good.

This one is a definite keeper. Rowdy roustabout McGraw takes it to a new level with this album and it isn't higher ... it is undeniably deeper. Great stuff.