Lorrie Morgan - Show Me How 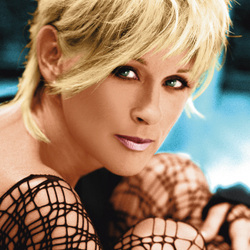 Lorrie Morgan - Show Me How
by: Cheryl Harvey Hill

Morgan's physical beauty shows little sign of wear and tear despite real-life situations that would have visibly aged the most hardy among us. You will definitely notice a change in her voice, her songs and her delivery on Show Me How - all are better than ever. While some of her well-documented reconciliation's have had disastrous results, reuniting with producer Richard Landis and songwriter Angela Kaset is clearly a brilliant choice. The song selection is equally brilliant as it rocks, waltzes and two-steps you across the spectrum of life.

The album kicks off with the first single released to radio, "Do You Still Wanna Buy Me That Drink (Frank)." This rollicking anthem addresses a honky tonk pick-up line with clever, tongue-in-cheek humor. Several songs on this album deal with real-life situations in a humorous way. That may be one of the hallmarks of traditional country music but this hasn't always been true of Morgan's work. Not known for self-effacing humor is a plus on this album since it makes her all the more believable and endearing, as she belts out the whimsical "Bombshell."

The fun and the lessons on surviving life continue on "One Less Monkey." The rhythm belies the seriousness of the words on "Rocks" with it's omnipotent message about bigotry, racism and the sin of judging a book by it's cover. I found the inclusion of this particular song, on a country music album, to be an irony given the demographics of Nashville success stories over the past several decades. But when I pondered why Morgan might have included it, it made a lot of sense.

This album successfully balances the humor with emotion-packed ballads that are capable of effortlessly seeping into your senses. "Used" has really strong lyrics and the music is superb. The last thirty seconds of this song is like a deep breath or a rainbow after rain. Difficult to explain but you will know what I mean when you listen to it. "I Can Count On You" showcases Morgan's magnificent vocal range and reminds you what a truly brilliant singer she is. Ability to compact the emotion of a song, so that it explodes at the moment you are the most emotionally vulnerable, is a talent that she has always possessed but seemed to be missing from her more recent albums.

When the other females in Nashville had big hair, she cut hers off. When the rest wore boots, she opted for spiked heels. When they wore dresses, she wore jeans -- well fitted jeans. When they donned jeans she switched to dresses -- barely fitted. When "they" said she couldn't or shouldn't, she did -- and she did it all with passion and pizzazz. While others said, "No comment," she threw her life out on the world stage with no apologies. The message here is redundant; no one really needs to show her how. Morgan doesn't just sing country music -- she is country music -- in one of it's most prolific, now polished, and prettiest forms.