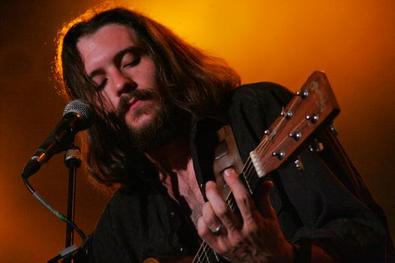 Texan renegade Cody Jinks doesn't  make music for the masses. He is a little more selective. The former thrash metal rocker defiantly tells all from his website that his is music for those who wear boots and drink whiskey. For mine, I would say if you like your country introspective and revealing, played out with singer, songwriter conviction, this is for you too.

Cody has been kicking around music for years. The one-time leader of Unchecked Aggression played the thrash scene from 1997 until 2003. After some solid internal disharmony, the band split, leaving Cody with time to think about future directions.

The self-imposed year-long sabbatical allowed Cody to redefine his intentions, and by the start of 2005, he was working the neon joints and smoky late-night bars. A current look at his web site bookings shows the employment continues.

If you like your country etched with outlaw, stained with whiskey and played against a backdrop of hurtin and love that fades, Cody Jinks nails it here. With three previous albums to his credit and with an appreciative European market (he has toured Germany several times) this singer is posed for greater applause with his new CD. Titled 30 it is out now on Late August Records.

Cody’s leathery deep voice comes made for country heartache. There is no spit and polish here, no production tweaks and certainly no wide buckles and fat hats. Step back into the bygone times of Waylon, Merle and Willie and you will have an immediate feel for what is on offer.

The CD opens with the plaintive “A Memory And A Dream." “…There’s all them places I been / the things that I’ve seen / I’d be better off dead than goin’ there again / and I’ve been caught somewhere in between a memory and a dream / well, I’ve been screamin’ at the world since the time that I could talk / I been runnin’ into walls since the day that I could walk . . . the years are ganging up on me, but I’m holdin’ on to hope.”

The tune, complete with its slow and melodic back beat, sets up the album’s ten tunes perfectly. While the tune dig into the foundations of personal disappointment, it is a signpost to other universal moments of a life viewed up close.

Cody and his band of renown –the Tonedeaf Hippies – along with producers Steve Jinks and Nick Choate have built on crafted and meaningful songs and tight and understated playing to make an album that deserves wide attention.

Standout tunes include the mentioned “A Memory And A Dream”, “We Get By”, and the telling tale of “This Old Guitar.”