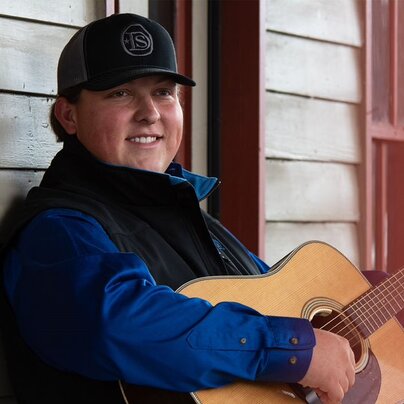 It's been a while since I have wanted to write anything myself, on any artist. Let's face it... a pandemic, no country shows, my mentor and senior editor passed. Then out of the blue comes Cory Keefe!

I thought to myself God " I know Cheryl put you up to telling me I had to listen to this CD. Why you might ask, well because of the title "I'll keep it Country" she would always sign off on things and would tell our staff "Keep it Country" so here it goes.

Cory Keefe is a self-taught musician raised around my stomping grounds which is the Gulf Shores of Florida. He  was influenced by his parents who are also talented musicians to set out to do what he loves, play music. This album makes it so obvious to me, he is keeping the music country.

Cory was among the artists who performed at Nashville’s CMA Theatre at the Country Music Hall of Fame and Museum for the 2019 Keith Whitley Memorial Show, hosted by Lorrie Morgan and Jesse Keith Whitley. In fact the gorgeous and mega talented Lorrie Morgan collaborates on the song  "I Just Want You" with Keefe and appears in the video "I’ll Keep It Country."


In fact with so much emphasis placed on the videos these days, lyrics have sometimes taken a backseat to visual interpretation and the music can be redundant. It's so refreshing to hear an album that contains thirteen good songs, nearly every one of them tells a story that you can relate to in some way. Keefe's voice reminds me of a young George Strait when he sings, your ears definitely want to listen and your feet want to start moving.

Keefe's baritone voice will have you hypnotized from the first track to the last. I personally couldn't pick just one favorite song
I guess you can say I'm a sucker for a steel guitar, great music and one heck of a country voice. I am very impressed with this young man' voice, I feel his voice is just what the doctor ordered for the country music genre.

I think he is going to rock the country music world!


A quote from Lorrie Morgan:
“Cory Keefe may be a new face in country music, but traditional sounds
run deep in his soul. He’s one of the new traditionalists keeping a lost art alive,
and Cory is definitely keeping it country. His vocals are as deep and rich as the
likes of Haggard, Whitley and Singletary. Cory Keefe is a true star in the making
and I’m proud to be a part of his debut album.
~Lorrie Morgan