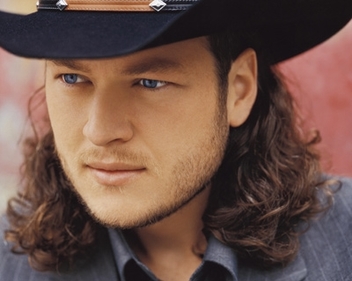 By: Shari Anne Ether, Contributing Journalist
​
It was standing room only on Friday February 20th when Blake Shelton and his band took the stage at The Longbranch in Raleigh, North Carolina. Despite mechanical problems during sound check, the show went off as scheduled, and ran like a well-oiled machine.

Earlier in the day, WQDR contest winners were treated to "Steak With Blake." The Meet and Greet included many repeat fans that were greeted warmly by Shelton. His lovely new wife "Kat," who is very involved in all aspects of the tour, snapped pictures. Shelton was a security nightmare when he snuck off to buy Kat a birthday gift, which included a cake that he decorated himself and presented to her backstage.

Shelton is known for his sense of humor and love of practical jokes. This journalist was able to experience both first hand when Shelton, with "Sharpie" in hand, crossed out "Joe Nichols" name on the bumper sticker of my Blazer, and replaced it with his own.

The show opened with "Heavy Lifting" and included all of Shelton's biggest hits as well as new material that will be included in his upcoming album. Shelton said that he "loves performing at The Longbranch because of its laid back atmosphere." Shelton continued by saying "I feel very comfortable trying out new material here." If the turnout of almost 3,000 fans is any indication, they love Blake as well.